How to gain confidence in myself to play better soccer?

Everything related to tactics, coaching and refereeing
Post Reply
6 posts • Page 1 of 1

How to gain confidence in myself to play better soccer?

Hey guys! I was thinking about what I need most for playing better and improve my skills when I play so I got the conclusion that the mentaly factor is whats killing me.

I need to feel that peace, confidence, calm before I can go out and practice or play.

I hope rome leader could answer me this question cause I know you have knowlegde on this subject.

Well, for starters, you are right that confidence is a huge factor in football. I would estimate it, and mental state as a whole, accounts for roughly 50% ofyour success, so 60% of your training should be devoted to it.

Everyone is confident at their ability to do something, we just don't all show it in the same way, or at the same times. The best of us seem to have a sort of pervading confidence that touches everything we do. Case and point, a shy athlete is a rarity. When you're confident about your athletic ability, it translates to self-esteem, which projects favourably onto others. Confident is definitely something you want to be.

So how do you develop confidence? Well, there are a couple methods. I will endeavour to be as brief as possible, yet provide as much information as I can, so we can cover a bunch of methods, and you can decide which one (or several ones) you want to try.

Above is the famous 'game face' of one Kobe Bryant. Once he gets that look near a game's conclusion, you know he's absolutely locked in to the task at hand. You can't hope to shake him from this state, because he has been there so many times, and outside influence does not affect him in the slightest. Not even this:

He has a very clear picture of what he wants to do becuase he considers nothing else but how to win the game. As such, he wants the ball, because he knows what he has to do, and knows only he can do it.

To achieve a similar level of focus, it would help to be prepared in advance. Do your best to go into your games happy, or at least indifferent. If you go in still angry about a fight with your parents or girlfriend the night before, or worried sick about the test you might've done poorly on, these distractions will not allow you to perform to the best of your ability.

Next, we want to learn how to zone in, and achieve confidence in our ability and the task at hand while in game. The best thing to do is to take it one play at a time, and repeat a calming word or phrase to yourself. Focus on the situation and try your best to limit crowd noise, if there is any. You also want your breathing to be regular. Deep, slow breaths when you have a chance, can dramatically lower your heart rate. Try this. Start breathing in through your nose only. When you feel as if you can no longer breathe in any more, continue to hold that air, and then breathe in with your mouth until your lungs are positively full, and then exhale. After a few of these breaths, try again to focus on the task, and set your face in a steely gaze of determination. When others see your determined face, they will be deterred, and you will already have a mental edge on them.

Not one you want to try in-game for lack of time, but one of the most important preparations you can take in instilling confidence in yourself. I suggest you try it for at least half an hour after every training session, and maybe again before bed. Try to picture exactly what movements you've made, and to see if they are correct. If possible, view a pro's strike, for instance, and then do your best to recreate in your mind and note all the subtlties. Play it over and over until you can see it in your head no problem. Eventually, these things will become instinct for you to do, and, as you no longer have to think about doing then, you will be confidence, quick and sure in your movements.

This also ties hand in hand with something I preach called 'self-talk'. You need to talk to yourself sometimes. Don't worry, we all do it! One condition though, it must be universally positive. There's no sense in filling your mind with more negative thoughts, and handing the keys to your mind to your opponent. Keep telling yourself you can do it, because you've done it many times before. Assure yourself that your last mistake was merely a momentary lapse in form (which it was) and that it could happen to anyone (which it does, from time to time). Need more proof that even the best of us make mistakes, yet are able to remain confident and effective?

A smile struck Ronaldo's face, because he knows, more often than not, he could've pulled an amazing move, as he has done in practice. You can as wll 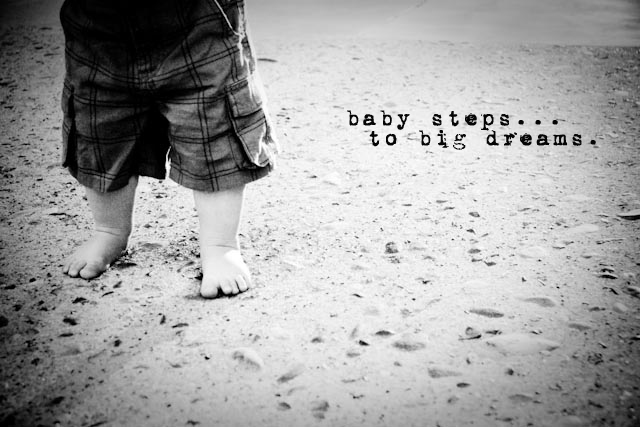 This is the easiest one to apply in game, and probably takes the longest, but it is sure to work. Start off the game by playing simple football. That is to say, do the most basic things, and do them well. Hit crisp, short passes along the ground, move fluently without the ball, and be a vocal presence on the field. Gradually, as your short passes find the mark, start extending your range and finding targets further away, gradually stretching your range. Before long, if you keep improving in increments, you will be hitting perfect crosses the length of the pitch!

This reminds your body not to take on any crazy thing right away it mightn't be able to achieve that could put a dent in your confidence. Going back to self-talk for example, you can't simply tell your body to 'score a goal' or 'win' at the beginning of the game. Your body knows that this is not realistic, and will worry itself to death if it doesn't promptly live up to your lofty expectations. As such, you need to start small with things the body knows it can do, and eventually challenge its limits, pushing the envelope after much preparation.

This is the same way for your training, as well. You mustn't start off trying to hit powerful freekicks from miles away. If necessary, start in the six-yard box and move out a yard after 10 successful kicks. Boring to some, but it is worth the effort. Your body will learn the movements, and be sure of itself. After you are hitting with a good success rate from 20 yards, 6 yards should be a piece of cake! As well, with exercising and physical preparation, you would not attempt to bench your own weight without starting out small first, and gradually adding weight.

Hopefully my suggestions have helped you, and if you have any questions, feel free to ask! I know klc and PYHU are very mentally informed as well, so I would hope they can answer your question as well. Best of luck!

I have my first game today of my life and I will aply some tips you gave me, thank you

I will let you know how it went
Top

there was 28 kids in our team, i did not enter the game in the initial 11 because i have gone to practice like 6 or 7 times only so the coaches there haven't seen me so constantly and the 11 initial there had like 3 years in that team.

i played the last 10 minutes-.-
the game was allready 4-0 for our team, and whole new team enter the game to play the last 10 minutes, i played good with passes and 1 dribble i guess. at the end of the game i felt confident because there was my mom, my little sister and my stepfather watching my first game.

this was the first game of my life because i enter the world of football at age of 14 on june 2010 when the world cup started, 1 year ago.

so thank you all (specially Rome Leader, who, in all my questions, he had always reply to me and gave me some tips), i think i'll be doind great if i play football more often, of course i train individually.

Sounds good, man! A very promising first game! Sounds like your team has a good system and plays well. Hopefully you can integrate into it, no problem! Keep practicing, both by yourself and with the team, and show them what you can do!