Skillful defenders can read and anticipate their opponent's moves. Typically, when the attacker has the ball at his feet you have to jockey him. To contain or jockey an attacker means to position yourself in front of him and wait until he releases the ball far enough for you to tackle or intercept. Never charge at the ball unless you are absolutely sure that you will win it.
Contents

When jockeying, you have to lower your center of gravity by bending the knees and leaning forward. Don't just lunge at the ball, but be prepared to backpedal or shuffle sideways if the attacker moves. Never face the attacker straight on, because he will run past you or will put the ball between your legs. Instead, approach the attacker at a 45-degree angle forcing him towards the sideline.

The block tackle is the most basic way of tackling. Plant your supporting foot firmly so that you don't lose balance. Then, as your opponent contacts the ball use the arch of your free foot to block. When timed properly, the block tackle will cause the attacker to stumble or cough up the ball.

When poke tackling, you suddenly stab the ball away from your opponent. Try to tackle with your foot that is closer to the ball.

Although spectacular, slide tackling should only be used in desperation or when you are away from your own goal. Slide tackles are most effective against opponents who are dribbling down the sideline or shielding the ball.

Putting pressure on the ball doesn't always mean running in for a tackle. Simply having a defender in front of the ball limits the attacker in many important ways. In your own defensive third, make sure to stay between the attacker and your own goal. In the middle of the field, approach the attacker at angle so you can "shepherd" him toward the sideline. 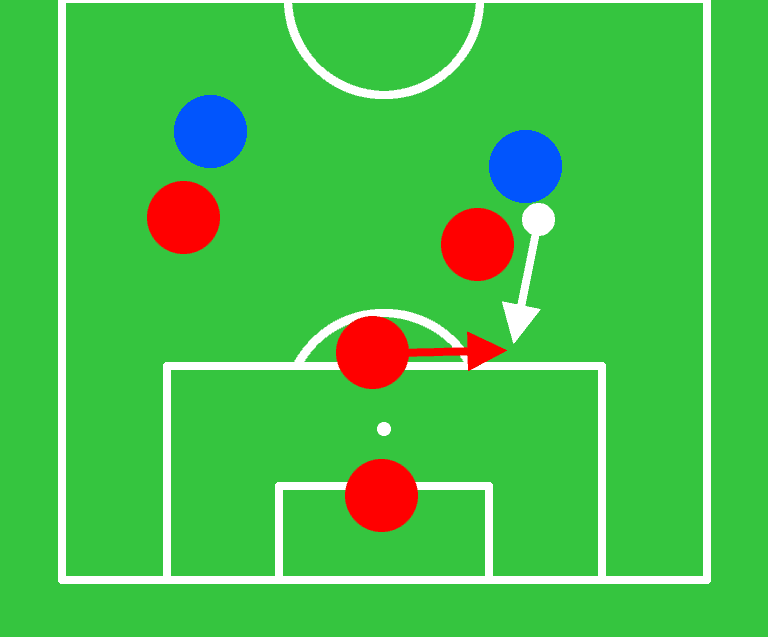 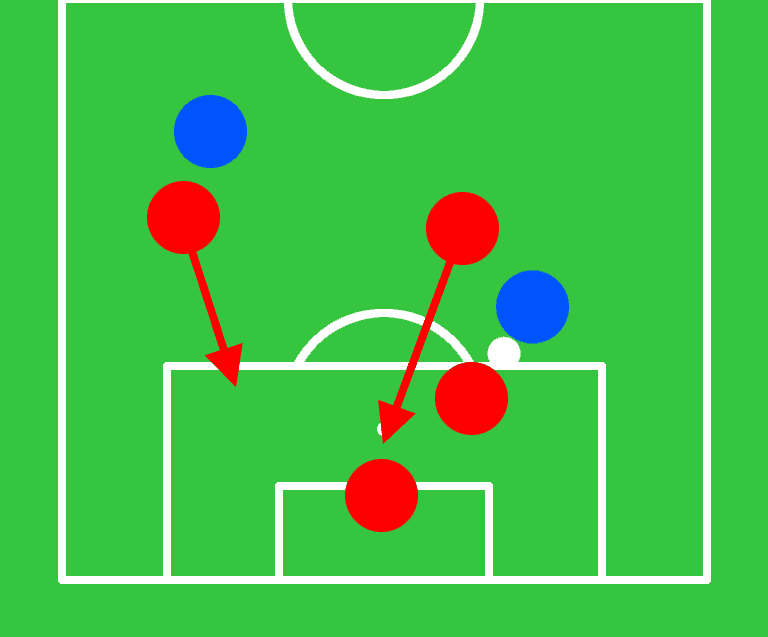 Defenders can sometimes limit the attacker by closing his passing options. For example, an attacker is challenged by a defender who blocks his passing lane to a second attacker. This forces first attacker to move sideways. Usually, you want to force your opponent out to the sideline. One exception is when you are near the opponent's goal. In that case, it's better to force him towards the middle, on top of his own box.

The closer an opponent is to the ball, the tighter he should be marked. This way, you can intercept and fight for the ball when he is about to receive a pass. Never wait for the person you are marking to receive the ball. Instead, try to beat him to the ball or pressure him so he is off balance.

Clearing the ball is a good idea when the attackers have momentum or a numerical advantage. Don't hesitate to play the ball out of bounds in order to delay the attack. Experienced defenders can use their smarts to clear the ball. For example, when close to the sideline, you may try and kick the ball at the attacker's knees so that it's deflected for a throw-in.